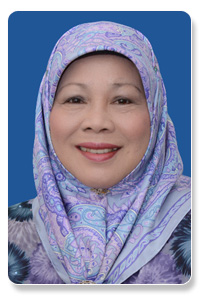 With over 30 years of educational experience, Gazala joined Seri Mulia Sarjana School as the secondary section principal in March 2014. Gazala began her career as a geography teacher in the 1980s, teaching at various secondary schools after graduating from Middlesex University, United Kingdom. She soon returned to the UK to complete her Postgraduate Certificate in Education at the University of Wales.

After several years of classroom experience, she went on to serve as Deputy Principal at Sekolah Menengah Muhammad Jamalul Alam and Principal of Sekolah Menengah Pengiran Anak Puteri Hajah Masna. During this time, she also attained a Diploma in Educational Administration from Nanyang Technological University in Singapore.

Gazala was appointed Acting Director of the Department of Schools (secondary section) in 2008, before retiring from government service in 2010 . It was her passion for teaching and youth that brought her out of retirement to continue her career as an educator in the private sector.”I want to make a difference in this people lives” is her popular quote. 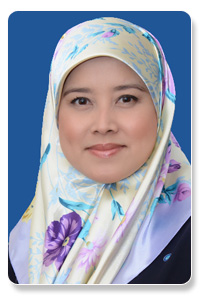 Putri completed her Bachelor of Science Education at Universiti Brunei Darussalam in 1997, majoring in Biology and minoring in Chemistry under the ASEAN scholarship programme. After a series of teaching and administrative posts at private institutions, she joined Seri Mulia Sarjana School in 2000 as a primary teacher assigned to teach Mathematics, Computer Studies and Science. Her passion in Science has led to several victorious wins in the national Young Scientist Badge Award organised by BASE.

The Principal entrusted her to the position as the Science Department Head and eventually  Secondary Section Supervisor in 2005. She taught the subjects Biology and Chemistry for GCE ‘O’ Level; whilst actively participating in science related national competitions and school based events. Teamwork is very important to her especially in winning the championship in the 7th and 2nd place in the 11th PRYNSA Princess Rashidah Young Nature Scientist Award competitions. Her dedication in Science was recognised by the Ministry of Education at the Teacher’s Day Awarding Ceremony 2012 with the Special Mention Award (Biology / Chemistry).

Her tireless pursuit of perfection in academics, administration and passion in teaching earned her the trust of the school Board of Directors to lead the secondary team as the Deputy Principal in 2006. She still refuses to give up the Chemistry teaching load since she took up office, insisting that the students keep her “young” and “alive”. The team grew over the years to its current forty-five strong teaching staff to cater to more than 700 students – a remarkable achievement for a small private school that started with only 25 students in 2001!

She is currently pursuing her Masters of Education in Leadership and School Improvement. 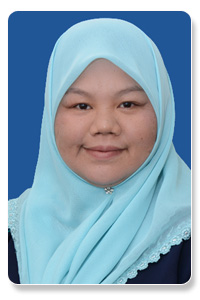 Masjiah possesses a combined 20 years’ experience in teaching and administration experience. She began her teaching career with Seri Mulia Sarjana School in 1995 teaching Bahasa Melayu, Jawi, and Sejarah/History. She competently taught across six levels including the special class which eventually became the pioneering batch of Seri Mulia Sarjana International School. Her enthusiasm and drive for teaching and her innate character of being able to motivate students prompted the administration to involve her in the PSR Review classes. During which Sejarah consecutively garnered a 100% passing mark, and the school ranked 3rd in Brunei.

With the administration’s belief in her, she capably rose through the ranks becoming ECA Supervisor and Head of Department for Jawi and Sejarah. As head of department she was keen on adapting alternative methods of teaching actively incorporating ICT in the lessons. She was one who didn’t settle for anything less than exemplary.

Masjiah has a strong penchant to the richness of the Malay Language and Literature. She has written lyrics for numerous choir competitions which led to triumphant wins for the school. She won Best Lyrics for the Road Safety Choir Competition. Most prominent of all is her lyrics for the Anti-Corruption Choir which has since been incorporated in Brunei textbooks.

In 2006 Masjiah became  Deputy Principal. She took this nomination with steadfast leadership and stepped up to the challenge. After a year she was appointed Acting Principal looking after preschool and primary.

Masjiah believes that life is a cycle of learning. Her participation in various trainings and workshops have allowed her to skilfully tread on her path as academician and bring the school to a new level.
She is currently pursuing a further studies in Business.

Presently, as Deputy Principal her vision is to empower every child through education and prepare them for the challenges of a globalised world. She is also stirring fellow educators not to underestimate the power of connection – to relate to students on a personal human level and bring out the best in them.

She is currently pursuing further studies in International Business. 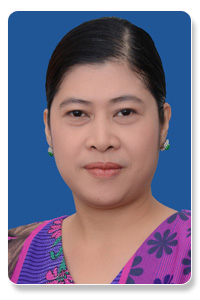 Cecilia earned a Bachelor’s degree in Secondary Education – Major in English Language at La Consolacion College in Manila, Philippines. The young Cecilia had a flare in academics as reflected in her numerous scholarly accomplishments. She has managed to juggle the demands of education and the rigors of sports and extra-curricular activities as she was an active swimmer, volleyball, and badminton player.

In 1993, she joined the teaching SMSS force as a preschool teacher where she stayed for five years. She went on as an English Language teacher in the Primary section for the next fourteen years while taking the lead as the department’s head in 2000 until 2013. In the intervening years, she became assistant supervisor of the Primary Section. Her colleagues esteem her as a feisty, fair and friendly leader. Having attended diverse workshops and trainings, she herself spearheaded functional courses in English language and workshops to the advantage and advancement of teachers.

Cecilia rose to the challenge of greater leadership when she became the Deputy Principal (Academics) of Seri Mulia Sarjana Preschool Section. With enthusiasm and experience under her belt, this is nothing new to the seasoned teacher and English Language Department head that she is.

Today, Cecilia continues to fortify her role as an academician. While establishing her goals as a deputy principal, she enjoys the process with equal dedication, proving that having more than one goal can be truly beneficial. She has proven her loyalty and commitment to educational pursuits for the past 20 years. But, she isn’t done there. She continues reaching towards new goals, new heights. 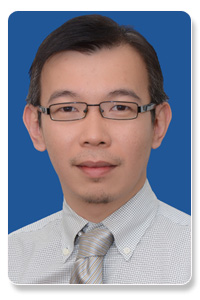 In 2003, he joined Seri Mulia Sarjana School as an IT teacher while helping the school to plan, upgrade and maintain the IT infrastructure. In 2005, he was entrusted as the Head of Subject for Computer Studies which helped him widen his skill in planning, administrating and managing through several IT related projects in the school.

Armed with all the skills that he experienced and learned in the school, he was appointed as Deputy Principal Administration for Preschool, Primary and Secondary sections in 2013. With his background of IT in database, software, hardware and networking, he is very much a man of logic and procedure which has supported him in the continuous enhancement of the administration of the school involving the administration office, HSE, school assets, store, facilities and procurement.