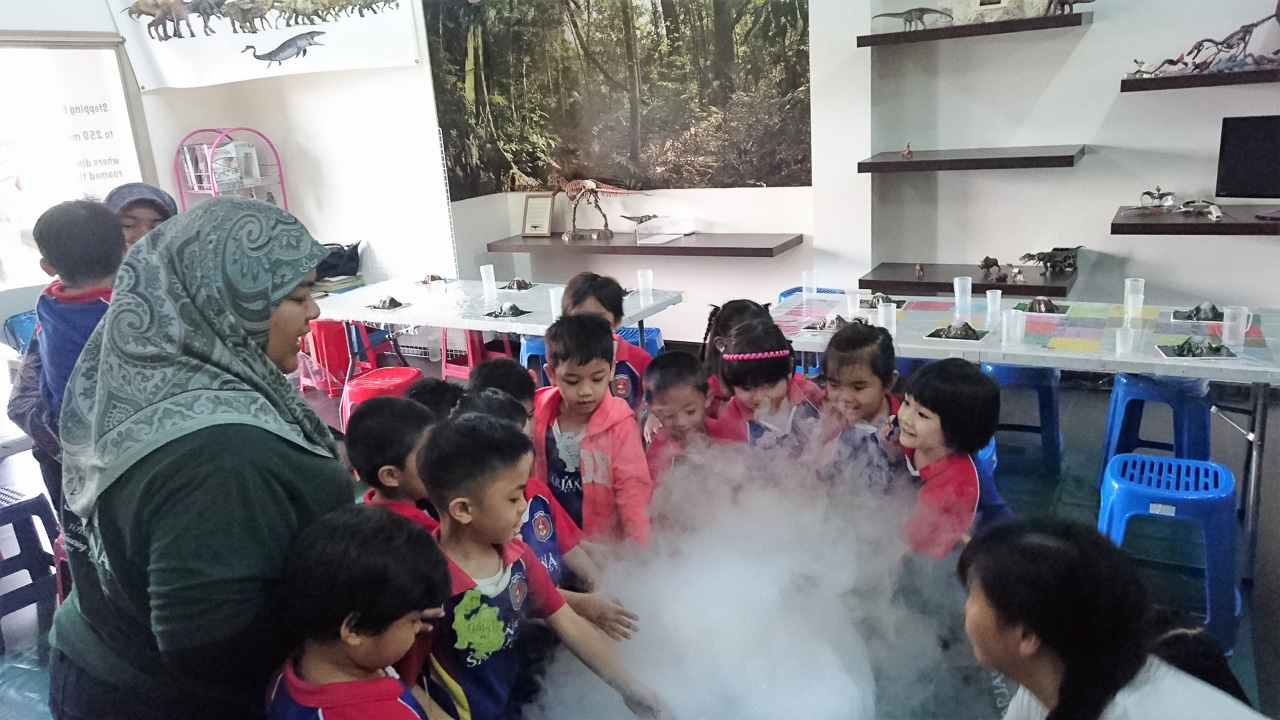 The Dinosaur Detectives unit of the K2 level culminated with a thrilling trip to Mesozoic Explorers. This trip aimed to celebrate what the children have learned about the mighty and extinct species called dinosaurs as well as expose them to a variety of scientific experiments that they surely loved!

Headed and facilitated by Dr Bibi and Dr Charles, the K2 students got up close and personal with some of the most famous dinosaurs such as the Triceratops and Tyrannosaurus Rex. A fossil dig activity was also enjoyed by the children as they searched for fossils in the sand and discovered amazing things inside it such as the shark tooth, fossil Trilobite, and a small dinosaur toy. All these they got to bring home and show their families. After the satisfying fossil dig, each child was given a small volcano to paint. Once the volcanoes were painted, they did a simple experiment of making lava bubbles come out of their volcanoes. It was a spectacular sight as bubbles emerged from the volcano and everyone got to touch and feel it with their bare hands.

A much bigger surprise was prepared for the children before going home. As they gather around in a big circle, a huge volcano bubble eruption was done in front of them, making everyone shriek with laughter and delight! The K2 students cannot stop talking about their adventure trip, definitely one of the highlights in their K2 learning journey. 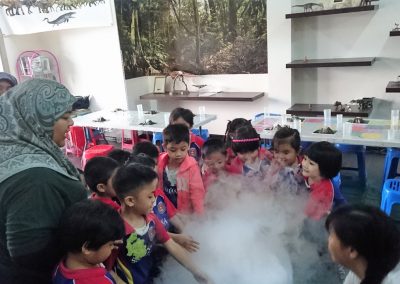 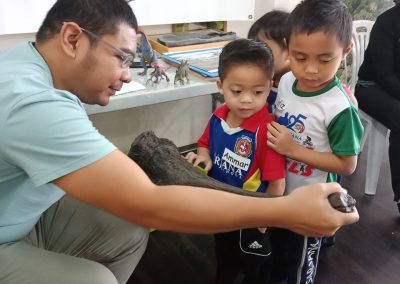 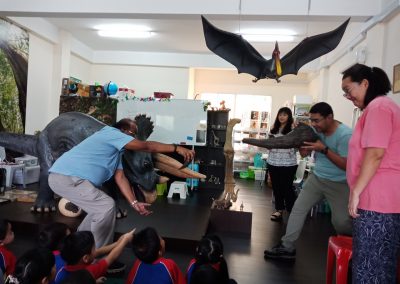 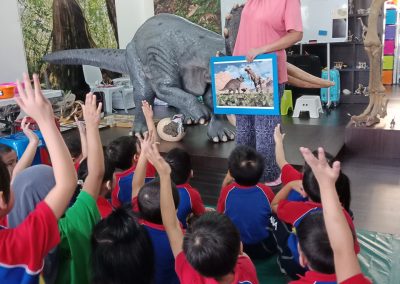 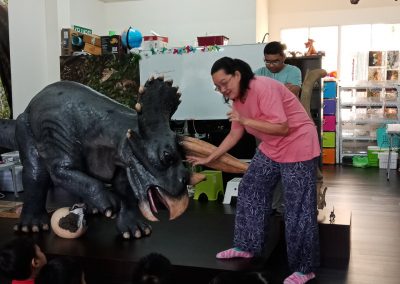 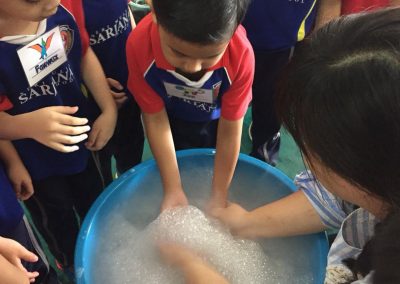 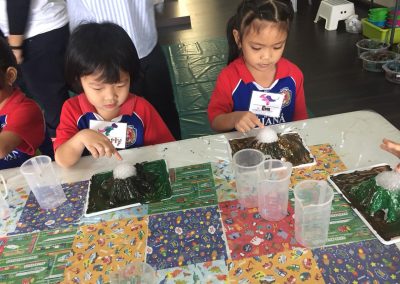 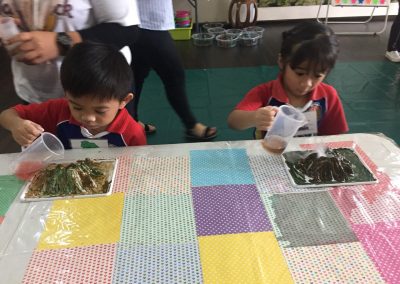 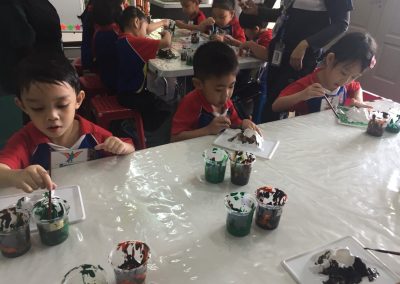 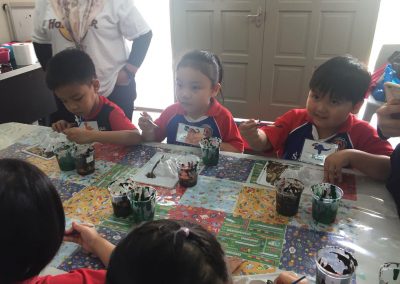 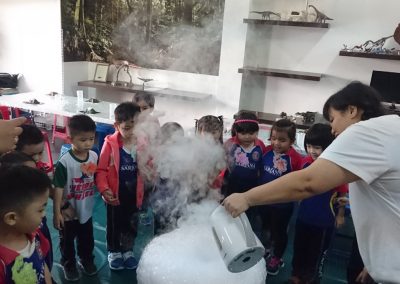 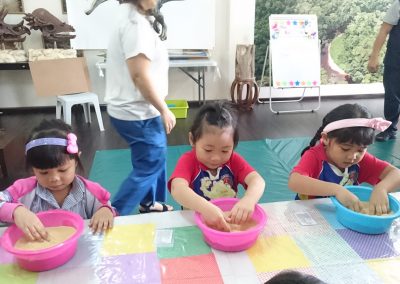 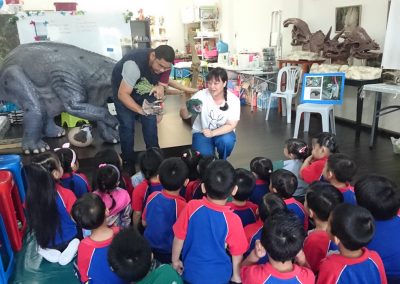 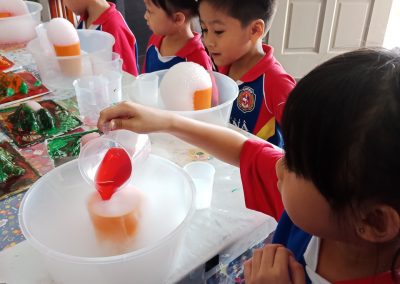