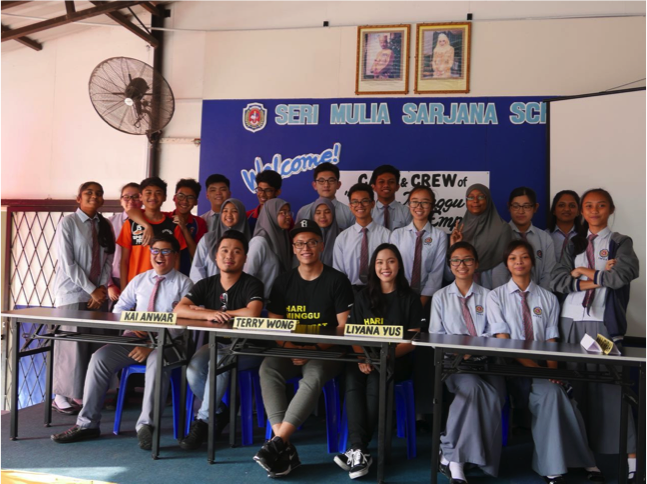 On the 7th of June 2018, SMSS Secondary Section was visited by the cast and crew of the very exciting movie Hari Minggu Yang Keempat as part of their promotion. The event started with the recital of doa, followed by the introduction of the cast members, Terry Wong, Munji Athirah, Kai Anwar and former student Ian Zulkifli respectively. The students were immersed into watching the trailer of the movie which was presented by the cast themselves. This also gave Sarjanians the opportunity to ask questions about the production of the movie in general. Afterwards, a brief photo taking opportunity with the cast and the production team then concluded their school visit.